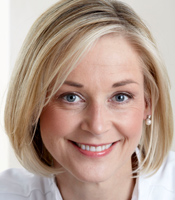 Mich Turner MBE is founder of Little Venice Cake Company and is often described as ‘Queen of Couture Cakes', thanks to her multi-award winning designs and A-list clientele. She has made over 10,000 cakes including those for Her Majesty The Queen, Madonna, Pierce Brosnan, Ozzy Osbourne, Cheryl Cole, Gordon Ramsay, David Beckham, and Simon Cowell. She originally trained as a Food Scientist and was Patisserie Buyer at Harvey Nichols, before founding her hugely successful Little Venice Cake Company in 1999.

Among her many awards and accolades, Mich was named Harper's Bazaar & CHANEL Entrepreneur of the Year 2006, and in 2009 Little Venice Cake Company was listed in the Walpole Luxury Brands of Tomorrow. In 2010 she was honoured with receiving an MBE for her services to the catering industry.

Mich Turner is an accomplished speaker on business and entrepreneurship, and is the annual presenter and special guest speaker at the Scottish Bakers Conference and Awards.

A huge thank you for all of your extraordinary hard work last night! It was an absolutely amazing evening and we've received nothing but superb feedback both last night and this morning. Literally every person who left the RA couldn't stop talking about how wonderful the masterclass had been – I've never seen such excitement at the end of an event…! It was an absolutely superb and Herculean effort on your part and quite magical!

Thank you also for being such a joy to work with leading up to the event and for being so flexible over the various weird and wonderful themes! The whole experience was a total delight and I cannot thank you all enough!With very best wishes and thanks again!

It was a great event on Saturday! Thank you so much for all of your hard work at all three events. We have had some good feedback from clients and I can safely say everyone was suitably impressed!

When we found out that Mich Turner was writing her fifth book, Cake School, we just jumped at the chance to invite her to our flagship cookery school in London to host a one-day masterclass. From our first meeting with Mich right through to the execution of the day, absolutely everything Mich planned was pure perfection. Mich has the most incredible attention to detail, she is truly inspiring to watch work and listen to. Her approach with each individual customer on the day was completely tailored to their skill level and Mich offered such clear and thoughtful instructions to everyone ensuring they left the day levels above when they arrived. The highlight of the day was of course the 3 show-stopping cakes each guest created to take home with them. Her books were always a source of such inspiration for us at the school but after working with Mich they have now become our bibles.

Mich is the Bentley of cake makers.

Mich is the Master of Cake Perfection – Learn from the best!

Clients often ask about purchasing books for giveaways and delegate packs. Below you’ll find a selection of products by Mich Turner MBE. Click the images to view on Amazon's website. For bulk orders, please speak with your Booking Agent.

How to book Mich Turner MBE for your event