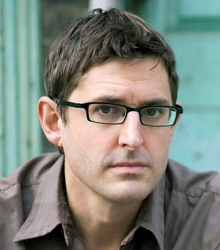 Louis Theroux's genre-defining immersive documentaries follow his attempts to get to know the people at the heart of some of the world's - and especially America's - most controversial and fascinating lifestyles.

Louis graduated from Oxford in 1991 and got his break in television in 1994 working for the American documentary maker Michael Moore, who hired him as a writer and correspondent on his show, TV Nation. Louis was then signed up by the BBC to make his own series, Weird Weekends, about unusual American subcultures.

In 2000, he began making a series of specials, When Louis Met…, about intriguing British public figures, including one featuring disc jockey Jimmy Savile and another which saw him live with the disgraced Tory minister Neil Hamilton and his wife Christine as they were falsely accused of rape and subjected to a media siege.

In 2015, the BBC broadcast Louis' LA Stories where he immersed himself in the world of Ohio's State Psychiatric Hospitals in a two-part documentary; in the third, he travelled to a hospital in San Francisco to meet transgender children.

Louis’ first feature-length documentary, My Scientology Movie, was released in 2016, having been shown at the 2015 London Film Festival to great acclaim.

Over the years, Louis has kept true to a way of working that is uniquely his own: by charming his subjects, he’s able to offer rounded portraits of the people involved in complex social issues and human dilemmas, while always resisting easy judgements.

Louis’s programmes have won numerous accolades. He has been the recipient of numerous awards for his television work, including three BAFTAs, an RTS award, and the Grierson’s Trustees’ Award.

A heartfelt thank you for your engagement, thoughtfulness and humour in our ‘interview’ today. The feedback from the Dropbox EMEA organisation has been phenomenal with every single piece of feedback saying how much people enjoyed our time together and that we couldn’t have had a better and more engaged guest. I truly appreciate the way you were thoroughly engaged and super honest in your answers and thoughts.

Our conversation with Louis Theroux was an unequivocal triumph. Louis brought his trademark storytelling in spades, and our clients were treated to truly fascinating insights from his life and work. Nothing was too much trouble for Louis, and he managed to talk about the whole spectrum of his experience in a warm, light and highly entertaining way – we even got to hear him rap!

Clients often ask about purchasing books for giveaways and delegate packs. Below you’ll find a selection of products by Louis Theroux. Click the images to view on Amazon's website. For bulk orders, please speak with your Booking Agent.

How to book Louis Theroux for your event