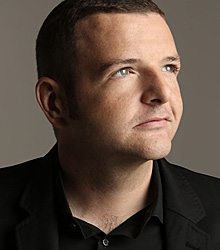 Despite having not set foot in a comedy club before his first open mic spot in 2004, Kevin Bridges' natural gift for comedy ensured he quickly became a regular at major comedy clubs up and down the country including The Comedy Store, The Stand, The Glee Club and Jongleurs. 2005 saw Kevin reach the finals of every New Act competition, most notably Channel 4's "So you think you're funny?"

In 2006 Kevin Bridges performed his first full length solo show at the Glasgow International Comedy Festival, to a sold out audience and critical acclaim. Moving into bigger venues every year, Kevin continued to sell out his hometown festival in 2007, 2008 and 2009.

As well as having a strong hometown following, Kevin has taken his style of observational, cutting edge comedy all over the Globe. Performing throughout Ireland Holland, Belgium, Switzerland, Germany, Canada along with tours of the Far East and Middle East.

Kevin appeared on "The World Stands Up" and "The Comedy Store" (Comedy Central) which led to his first big TV break as a guest on Michael Mcintyre's Comedy Roadshow, which aired to over 5 million viewers and led to Kevin being the fastest act to sell out all 28 nights of his Edinburgh Festival run and adding a staggering 15 extra shows, which also sold out! A favourite with the punters but also the critics, Kevin received 5 star reviews and a nomination for the Edinburgh Comedy Awards "Best Newcomer".

Kevin broke box office records when his 2015 tour A Whole Different Story went on sale at the end of 2014, winning awards from Ticketmaster and Ents24 for the Fastest Selling Ticket of the year. The tour saw him play over 145 dates, including an incredible 16 nights at The Hydro in Glasgow, with over 500,000 ticket sales across the whole tour. The Hydro was then the perfect place to record a DVD, which went onto sell over 300,000 copies making it his biggest selling stand up comedy DVD.

2018 saw Kevin take on his biggest tour yet; The Brand New Tour which on the first day of sales saw him sell out a staggering 12 nights at Glasgow’s SEC Hydro.

Clients often ask about purchasing books for giveaways and delegate packs. Below you’ll find a selection of products by Kevin Bridges. Click the images to view on Amazon's website. For bulk orders, please speak with your Booking Agent.

How to book Kevin Bridges for your event