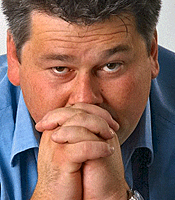 Jason Dawe is a Sunday Times journalist and motor industry expert who draws on over 20 years of commercial experience to make him one of the UK's leading conference speakers, hosts and facilitators.

He has presented and been a guest expert on a host of popular TV and Radio programmes including ITV's popular Used Car Roadshow, BBC's Top Gear, BBC Watchdog, BBC The Morning Show, Radio 2 Chris Evans show, Radio 2 Drive Time, BBC Radio Scotland and The Tim Shaw Show on Kerrang Radio. In December Jason will be a co-presenter of a new TV motoring show, Classic Gear, with Chris Searle

Jason Dawe has worked extensively in journalism, specialising in motoring articles. He is a regular contributor to The Sunday Times and Times Online. His work has also appeared in Top Gear Magazine, Used Car Buyer, Autotrader and AA Magazine.

He is a respected motoring commentator and consumer champion, with a particular passion for helping buyers get the best value for their money when they buy a car. Jason's weekly car column in The Sunday Times has a circulation of 3 million and his most recent television show was watched by over 500,000 people per week.

Born and brought up in Cornwall, Jason Dawe began selling cars in 1986, working for a local dealership. Before entering the world of TV and publishing, Jason worked in the motor industry for 16 years, several of which were spent training manufacturers and dealers, making presentations to live audiences.

Jason has sold many marques of cars including Rover, Citroen, Mercedes Benz and Porsche. Twice he has been awarded 'National Salesman of the Year', each time for different marques.

In 1996 Jason Dawe joined an international firm of automotive specialist management consultants who were advising many of the leading motor manufacturers and dealers worldwide.

He was one of their top consultants and over the next 6 years, worked with a number of household name car manufacturers such as Audi, Citroen, Harley Davidson, Jaguar, LDV and Porsche on a range of major high profile projects, including car launches and training.

As well as his TV and journalism work, Jason Dawe is an exceptional motivational presenter with ten years of consultancy and training experience behind him. He has written and delivered motivational training for worldwide sales conferences and led delivery of management training for groups of delegates from 10-150. In addition he has delivered change management programmes globally, working in Australia, New Zealand, The Far East, The Middle East, South Africa and South America.

Jason is also in demand as a speech writer and author of training courses, and has gained something of a reputation as a very popular after-dinner speaker.

A trained auctioneer and natural raconteur, Jason Dawe will always brings a sense of fun and a huge amount of energy to the events he hosts and is involved in.

Jason Dawe gets the message over loud and clear even to the most hardened salesmen.

The most inspirational trainer I have seen in 20 years!

The thanks go to you. You made it so much easier and wrote such a lovely script. I hope we can work together again soon.

Jason Dawe is about as good as it gets.

How to book Jason Dawe for your event