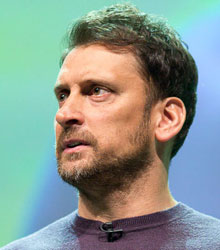 Jamil Qureshi is a world recognised motivational speaker and expert on all aspects of the psychology of performance, psychology of leadership, leadership attitudes, improving people, cultural change techniques, and team performance.

He is one of today's foremost practitioners of performance enhancing psychology and is an expert in high performing teams, who has worked with a rich diversity of the most talented business and sports people and teams in the world, helping six individuals get to World Number 1.

In 2006, Jamil was appointed as the first-ever official psychologist to work with the European Ryder Cup team by captain Ian Woosnam. They made history in winning by a record-equalling margin.

Jamil has worked with 22 golfers inside the top 50 in the world, including Lee Westwood, Paul McGinley, Graeme McDowell, Darren Clarke, Paul Casey, Thomas Bjorn, Sergio Garcia and two world number one’s. Ranked among the most influential figures in British sport in 2009, Jamil was voted in the top 100 most powerful men in golf 2008 by his international peers.

He has worked successfully with three English Premiership football clubs, one of which reaching a record position from its halfway point in the season; two Formula 1 racing drivers, David Coulthard and Eddie Irvine; and the 2009 England Ashes winning cricketers.

In business and industry Jamil Qureshi has worked from CEO and board level to middle management in a variety of sectors. He has worked with business leaders and companies in over 24 countries, helping teams to fulfil their potential by orchestrating change and performance programmes.

He has developed and delivered management and leadership programmes at board level for Coca Cola, Hewlett Packard, Emirates Airlines, Serco, Marks and Spencer, and Royal Bank of Scotland. He has worked across Lloyds Banking Group on their ‘Journey to World Class’.

Jamil Qureshi has led teams responsible for change management in several high-profile areas, such as Lloyds Banking Group’s substantial integration strategy, and with The Post Office to create The Post Office Way as they separated from Royal Mail.

Interestingly, Jamil is one of only a few external psychologists ever to be allowed to study astronauts on the 2008 NASA Space Programme.

He has talked to an audience that included two former US presidents at the K Club in Ireland!

Jamil’s versatility is illustrated by the fact he has talked at NASDAQ in Times Square where he shared a stage with General Peter Pace, Head of Joint Chief of Staff, the highest-ranking military officer in the US armed forces, and next day did stand up in front of a celebrity audience at London’s famous Groucho Club.

He used to be a regular at London’s prestigious Comedy Store and spent two years working with TV’s award-winning mind reader, Derren Brown.

Jamil also lectures on the prestigious WorldProgram, in the US, UK and China through Ashridge and Fordham Business Schools and Qing Dao University.

Jamil Qureshi has delivered over 1,000 talks in 24 different countries to over a quarter of a million people. He is results driven and highly sought-after, sharing his winning principles on leadership, change management and high performance.

He has enjoyed working with a rich diversity of the most talented business and sports people and teams in the world. In addition to speaking, Jamil often facilitates discussion and delivers bespoke workshops at management and board level.

Jamil Qureshi talks on a number of topics, the most popular of which include:

Turning Ambition Into Achievement
To do differently, we have to think differently. We all want to be better, but how do we turn our thoughts into powerful drivers of relevant and meaningful actions?

Blame Looks Backwards, Responsibility Looks Forwards
How to create genuine ownership within our teams – the real difference between commitment and compliance.

Engagement- Rhetoric or Reality
Understanding the true motivators in the workplace, and how we need to change our view of what we believe an organisation is.

Responsibility
Why the key ingredient of success is choice? How to enable people to ‘choose’ their way to more and greater success.

Complexity and Uncertainty, So What?
How to achieve focus and purpose to cut through circumstance. There are no obstructions – just distractions.

The Disruptive Leader!
The only way for leaders to optimise people’s talents is by breaking thinking habits.

The Rogue Monkey
Creativity is something we unlearn! How can we learn it back and see innovation as an asset!

I’ve invited Jamil to speak in front of various International teams and every time, he has delivered a thought provoking, energetic and fun performance that has really inspired the audience. For me, the single best outcome, is that after the session people are thinking; thinking about how they feel and how they act in everyday situations and also answering their own “why’ question. Now my teams are better equipped to conquer the challenges ahead and are all seeking to achieve.

I was privileged to attend a session Jamil ran on the psychology of high performance. He is an excellent speaker and has the special ability to connect deeply with his audience through an informal, fun and engaging style. His message about the ingredients of high performance is profound but he delivers it through stories which makes it highly accessible and relevant. I have heard many different speakers over the years and would not hesitate to recommend Jamil as one of the very best I've come across.

Jamil is a first-class presenter, host, coach and Learning specialist. I personally learned lots from Jamil that helped me shape my Leadership programme, which has been a great success. As you can see from the clients Jamil has worked with, he is highly respected across many different fields from sports to financial services and is style of delivery is engaging and humorous.

Jamil is a hugely compelling and powerful communicator, coach and mentor. He has undertaken several transformational activities, as part of a countrywide road show, for my teams which made a huge difference and were extremely well received all round. I am extremely happy to recommend him.

Genuinely funny, thought provoking and engaging! It’s not often you see someone you immediately want to book for next year!

Fabulous speaker! What a hit. We couldn’t have asked for more. The best feedback we’ve recorded.

Jamil Qureshi is a speaker that gives the audience real and relevant learnings that can be used immediately.

Clients often ask about purchasing books for giveaways and delegate packs. Below you’ll find a selection of products by Jamil Qureshi. Click the images to view on Amazon's website. For bulk orders, please speak with your Booking Agent.

How to book Jamil Qureshi for your event