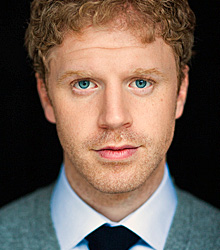 Whether he’s taking about insecure hotspots, inept passwords, or lax OS designers, as the global head of Security Research at Sophos, James Lyne is frequently called upon to exposes technology’s vulnerabilities, while elevating the security awareness of everyday users and encouraging organisations to take cyber security seriously, and understanding the implications of not doing so. Energetic, passionate, and charmingly nerdy, he has become a leading keynote speaker on cybercrime and technology.

As a firm believer that one of the biggest problems of security is making it accessible and interesting to those outside the security industry, James Lyne embraces every opportunity to educate on security threats and convert forbidding tech jargon into human language.

The global head of security research at Sophos and a certified instructor at the SANS institute, James’s expertise lends weight to his words. Frequently called upon for his technical know-how, he has worked with numerous organisations and handled several severe incidents.

In an ever-expanding world of networked mobile devices and security threats, our ignorance of them has become more widespread than ever. James believes that if we continue to ignore basic best practices, security is on a trajectory of failure.

As a keynote conference speaker, James is highly animated, and his presentations are always packed with demonstrations; ranging from showing how cyber criminals operate in the real world, to deep technical presentations that aim to inspire technical thinkers.

James Lyne has appeared on many national television programs, including CNN, NBC, BBC News, and Real Time with Bill Maher. He has given several TED talks on topics such as cybercrime and cryptography, including one at the main TED event.

One session with cybersecurity specialist James Lyne and you will be rushing to your computer to change your password!

James Lyne's keynote speeches cover a multitude of themes and, with ongoing research and cybersecurity constantly evolving, presentations are not limited to the below speech titles. James can fine-tune is speeches around a bespoke brief or current affairs in the security world however these are four very popular programs that will get you audience thinking about their security habits.

Hacking the Internet of Things
Think it's just governments, large enterprises and high net worth individuals that are vulnerable to a cyber-attack? Think again. In today's wired and wireless world, simply owning a refrigerator, baby monitor or CCTV camera makes you a target for cyber thieves. With the smart home market exploding and nearly all home gadgets being connected to the Internet, the door for hackers has become a lot easier to unlock. In this keynote speech, along with live demos, James Lyne will discuss how your wireless TV is enough of a reason for a cyber-attack to be launched on you and what you need to do to make sure you are safe and secure.

Reverse Engineering Ransomware
With our lives becoming increasingly intertwined with the Internet, it is not a question of 'if' but 'when' you may become victim to a cyber-attack. Cyber criminals have become experts at finding weak spots in your security and ransomware is quickly becoming one of the most common ways to be targeted. In this keynote speech, learn how ransomware is becoming a massive problem for business, small and large, and the common ways of becoming infected with malicious code. Bringing these issues to life with real demos, James Lyne will talk through exactly how these cyber criminals find ways to make you trust them and hand over your hard-earned cash.

Cyber Security Basics - Preventing Your Business from Being Breached
Are your devices, your employees and your intellectual property open to attack? If you're liberally connecting to hotpots offering 'free Internet' and not taking additional steps to secure yourself, then the odds are you are vulnerable to cyber criminals, and it's your own fault. Our general behaviour with mobile devices is to connect first and worry about it later, but it is exactly this careless behaviour that is making life easy for cyber criminals and lining their pockets. James Lyne's Cyber Security Basics keynote speech will open your eyes to how much information we are really giving away and what we can do to make sure we are protected all the time.

Hacking with Words and Smiles
If someone put an invoice on your desk with "pay me" written in big red letters across the front, do you think you would consider who it was from before you opened your wallet? What if someone came up to you in the street and said there was someone stuck in outer space and they needed you to send them some money to get back? You would laugh and turn a blind eye to it. So why don't we apply our security knowledge of the real world to our digital personas?

In this keynote speech, James Lyne gives you the opportunity to see these issues for yourself with live demos and explains why everyone is a target for modern day cyber criminals. High quality social engineering is being used to access more of your information than you would think so maybe it's time to move away from the laughable stereotypes and open our eyes to the fact that cyber criminals are more convincing than ever before.

How to book James Lyne for your event