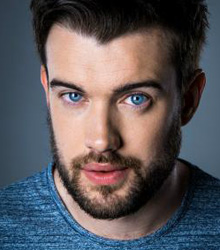 Jack Whitehall is an award-winning actor, comedian, presenter and writer.

An acclaimed comedian who loves the stage, in 2019 Jack went back on the road for his biggest-ever stand-up tour, Jack Whitehall: Stood Up. He previously sold out arenas across the UK on two tours: Jack Whitehall Gets Around (2014) and Jack Whitehall: At Large (2017), which was filmed for Netflix.

In fact, the stage is where it all started. Jack began his career at the Edinburgh Fringe Festival in 2007, where he won both The Charlie Hartill Special Reserve Competition and The Amused Moose Laugh Off. A string of further awards followed, including The British Comedy Awards’ King Of Comedy, as voted for by the public, three years in a row. From there, Jack has increasingly appeared in films, on television, on stage and as an unlikely comedy duo with his father, Michael Whitehall.

He became the youngest-ever host of the Royal Variety Performance in 2015. For YouTube, he presented Training Days, where he travelled the world to interview international football stars in the lead-up to FIFA World Cup 2018.

In 2019, Jack became the first (and so far only) person to stand in as host of the Graham Norton Show.

Clients often ask about purchasing books for giveaways and delegate packs. Below you’ll find a selection of products by Jack Whitehall. Click the images to view on Amazon's website. For bulk orders, please speak with your Booking Agent.

How to book Jack Whitehall for your event