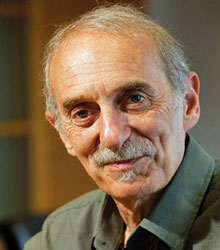 George Magnus is an economist, commentator, and Research Associate at the China Centre, Oxford University, and at the School of Oriental and African Studies, London.

He was the Chief Economist, and then Senior Economic Adviser at UBS Investment Bank from 1995-2012. In that capacity, George consulted with asset management firms, hedge funds and central banks around the world on the information that is central to investment management.

He had a front row seat and key managerial position for multiple episodes of boom and bust in both advanced economies and emerging markets, including notably the Great Financial Crisis of 2008.

He famously anticipated it in 2006-2007 with a series of research papers in which he warned of an impending Minsky Moment. Whilst at UBS, he served for four years as the Chair of the Investment Committee of the pension and life assurance fund. For four years until 2016, he served finally as an external senior adviser with clients of the investment bank.

He had previously worked as the Chief Economist at SG Warburg (1987-1995), and before that in a senior capacity before ‘Big Bang’ at Laurie Milbank/Chase Securities, and before that, Bank of America in London and San Francisco.

George Magnus is closely followed nowadays for his insights and observations about the global economy in general, and China and demographics, in particular.

His China focus derives from a long period of observation and study that goes back to his first visit in 1994. He also opines regularly on demographic trends around the world, as well as on key issues nowadays such as Brexit, and the US and world economy.

He is a regular contributor to the Financial Times, Prospect Magazine, BBC TV and radio, Bloomberg TV and other outlets.

George’s most recent book, Red Flags: why Xi’s China is in Jeopardy was published in September 2018 by Yale University Press. It examines China’s contemporary economic and commercial challenges and aspirations to modernity in the light of a governance system that is a throwback to much earlier times in the People’s Republic.

His 2008 book, The Age of Aging: How Demographics are Changing the Global Economy and Our World, explores a unique phenomenon in the history of mankind, and therefore, one which is taking us all into uncharted territory.

The combination of low or declining birth rates and rising life expectancy is producing rapid aging of the world’s population and stagnation in the number of people of working age in Western societies. Aging is most obvious in Japan and will soon become more visible in other Western countries and some emerging markets including China, though most poorer countries will not really encounter more severe aging issues for another 20 years.

George Magnus examines the broad economic effects of aging, the main proposals for addressing the implications, and how aging societies will affect family and social structures, and the type of environment in which the baby-boomers’ children will grow up.

In 2010 he wrote Uprising: will emerging markets shape or shake the world economy? a magisterial book that looks in detail at China and India – the big players – and also less hyped but crucial markets, including Eastern European countries and Turkey.

Magnus takes in his sweep everything from commodity prices to climate change, and from comparative advantage to demographic to provide a compelling analysis of what the future might look like – not just for emerging markets, but for investors, businesses and economies everywhere.

George Magnus is one of the world's most respected economic analysts and keynote speakers for businesses looking for forward-thinking, original and articulate economic advice.

His speaking style, coupled with an incisive understanding and enlightened capacity to explain and discuss global issues has contributed to his popularity and reputation.

However, George is also a sought-after speaker in front of non-professional audiences and has worked with several organisations to further the understanding of ageing societies, and of the the global economy in the wake of the financial crisis.

Audiences appreciate his ability to bring together both economic and political perspectives in a way that makes them readily accessible.

George Magnus’ popular keynote speech topics include:
• Global economic and policy prospects: advanced and emerging countries or regions
• Globalisation: past, present and future
• Asia and the Middle East: how oil politics and China are shifting the world's axis
• Demographic change: incidence and characteristics of ageing societies around the world and what it might mean for economies and societies
• China and the West - will emerging markets shape or shake the world

George Magnus does not look like a prophet. Yet this is the man widely acknowledged to have predicted that the US sub-prime mortgage crisis would trigger a global recession.

Very authoritative on the economics of ageing.

Clients often ask about purchasing books for giveaways and delegate packs. Below you’ll find a selection of products by George Magnus. Click the images to view on Amazon's website. For bulk orders, please speak with your Booking Agent.

How to book George Magnus for your event