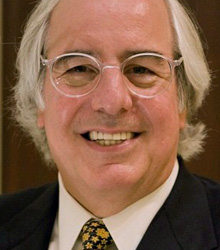 'Frank Abagnale could write a check on toilet paper, drawn on the Confederate States Treasury, sign it 'U.R. Hooked' and cash it at any bank in town, using a Hong Kong driver's license for identification.' Former Chief of Police, Houston.

The greatest con artist of all time has 'gone straight' - thank goodness. Young Frank Abagnale was a multimillionaire before he was 21 years old. He stole it all, and then blew it in five frantic years as one of the world's most wanted men.

Frank Abagnale didn't use a gun or force in his now-legendary life of crime. His weapon was his wit. With an I.Q. of 136 and only a 10th grade education, he successfully impersonated, for extended periods of time, a paediatrician, a practising attorney fabricating a Harvard law degree, but genuinely passing the bar exam, a sociology professor at a major university, a Los Angeles stock broker, and even an FBI agent. His notorious escapades as a pilot for a major international airline earned him the dubious title 'The Skywayman' among authorities who chased him across 26 countries and all 50 states.
Crime did pay, at least for a while. Abagnale cashed over $2.5 million worth of fraudulent cheques between the ages of 16 and 21. He was finally caught and sent to prison.

Prison indeed — French, Swedish, and US prisons. Frank was released in 1974 on parole. The chase was over, but an exciting new career was just starting. Frank Abagnale is now one of the most respected authorities in the USA on the subject of white-collar crime prevention. By his own decision, he has repaid all of the $2.5 million back through the profits of his business.

Frank Abagnale's incredible story has a moral. Married for fifteen years and the father of three boys, Abagnale has learned the importance of family. He often speaks about how his family has changed his life and that his young life of crime was not glamorous, but lonely. In an emotional roller coaster ride, he takes you from laughter to tears and shows that family is the most important thing.

In just over twenty years, Frank Abagnale has gone from a man in hiding to a man in the public eye. His popularity as a television personality is evident by the frequency of his appearances on The Tonight Show and many other shows. In 1989, Mr. Abagnale co hosted a new show from Orion called Crimewatch Tonight. A major film on Abagnale's life, based on his best-selling autobiography Catch Me If You Can was produced by Stephen Spielberg in 2003 and starred Leonardo DiCaprio and Tom Hanks.

Abagnale, who now heads his own risk management consulting firm works with law enforcement and corporate officers in developing programs, training manuals, and software to detect and prevent white-collar crime. For the past 15 years, Abagnale has conducted over 2,000 programs as a seminar and keynote speaker. Today, over 11,000 financial institutions in eight different countries train their employees through his techniques and materials.

He has been voted one of the top five speakers in the United States by the International Platform Association and was elected the #1 Campus Speaker in America by the National Entertainment College Conference Association.

Another very important lesson takes shape in your mind as Abagnale's story unfolds -- people can change, can take charge of their own destiny, can learn from the past.

If you get the chance to hear him speak... he will steal your heart!

Catch Me If You Can Frank Abagnale provides entertaining insight into his life as the notorious impostor of the 1960s; a thrilling story told in the award-winning movie and Broadway musical, Catch Me If You Can.

Audiences will experience an emotional roller coaster ride as motivational speaker Frank Abagnale describes his escapades and reveals how he learned to live on the right side of the law.

He describes white collar crime techniques, liability concerns under the new Uniform Commercial Code, and demonstrates the latest document features and equipment. Abagnale combines his expertise with anecdotes from his time as one of the world's most successful con men, for a timely, insightful and informative presentation.

Stealing Your Life: Identity Theft Frank Abagnale brings your audience up-to-date on the latest techniques and methods used in the crime of identity theft. Abagnale will give your organisation an insider's knowledge of the critically important topic of identity management.

Based on his best-selling book, Stealing Your Life, chosen as one of the Top 30 Best Business Books for 2007, his in-depth look at the business of identity theft is invaluable to companies, corporations, financial institutions, small businesses and individuals.

Clients often ask about purchasing books for giveaways and delegate packs. Below you’ll find a selection of products by Frank Abagnale. Click the images to view on Amazon's website. For bulk orders, please speak with your Booking Agent.

How to book Frank Abagnale for your event