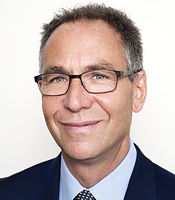 Richard Bistrong spent much of his career as an international sales executive in the defence sector and currently consults, writes and speaks on foreign bribery and compliance issues from that front-line perspective.

Richard’s experience included his role as the Vice President of International Sales for a large, publicly traded manufacturer of police and military equipment, which required his residing and working in the UK. For well over ten years, Richard travelled overseas in his sales responsibility for approximately 250 days per year.

In 2007, Richard was targeted by the US Department of Justice in part due to an investigation of a UN supply contract and was terminated by his employer. In that same year, as part of a co-operation agreement with the United States Department of Justice and subsequent Immunity from Prosecution in the United Kingdom, Richard assisted the United States, Great Britain, and other governments in their understanding of how FCPA (The Foreign Corrupt Practices Act), bribery and other export violations occurred and operated in international sales.

Richard’s co-operation, which spanned three years of covert co-operation and two years of trial preparation and testimony, was one of the longest in a white-collar criminal investigation. In 2012, Richard was sentenced as part of his own Plea Agreement, and served fourteen-and-a-half months at a Federal Prison Camp. Richard was released in December of 2013.

Richard Bistrong now consults, writes, and speaks about current front-line anti-bribery compliance and ethics issues. Richard shares his experience on anti-corruption and ethical challenges from the field of international business, reflecting on his own perspective and practice as a former sales executive and law enforcement co-operator.

Richard Bistrong consults with wide-ranging organisations and welcomes the opportunity to exchange and share perspectives on real-world anti-bribery and compliance challenges.

He has shared his experience, via keynote speeches and panel sessions, with the OECD, World Bank, International Anti-Corruption Academy, as well as major multinationals and leading academic institutions.

Richard Bistrong speaks on the following subjects:
1. Foreign Corruption and Bribery.
2. Compliance and Ethics.
3. Criminal Deterrence.
4. Third Party and Behavioural risk.
5. A real-world story of being an informant for the FBI and City of London Police for three years and then going to prison.

I could not have been more captivated or impressed by Richard’s work. His sales experience buys him immediate credibility with an audience. Not only does Richard candidly talk about his journey, but he supplements it with academic anecdotes that provide insight into the “why’s” and “how’s” of human behaviour.

Richard candidly shared his story of violating the FCPA, served the FBI investigation, and transparently articulated his decisions that led up to his 'perfect storm.’ Without a question, he admits that what he did was wrong. Yet, without distracting the discussion with the nuances of his case, Richard helped leaders learn from his missteps.

Richard offers a unique perspective. Although Richard has turned his back on crime, when he spoke via video link at our Compliance conference, he stole the show. Richard, was non-compliant. He has been there, seen it, done it and got the orange jumpsuit to prove it. He speaks with real world experience, garnered from places far away from compliance HQ. Compliance can learn a lot from Richard.

We invited Richard to present to a small selection of our clients across our Australian offices. Richard’s story was probably one of the most engaging I have heard on the topic of bribery and corruption. His insights and real world experience gave our clients an unique perspective on the issues and how they might manage compliance in the field.

How to book Richard Bistrong for your event