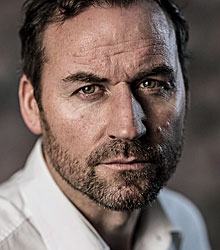 He left the SAS in 2006 after his high profile capture and subsequent rescue in Iraq. Since then he has been involved in bodyguarding the likes of the Saudi Royal Family, ‘A List’ Celebrities and large news networks.

Colin holds an MA (Hons) in History from Edinburgh University and an M.Litt. in Terrorism from St. Andrews. He currently writes articles and commentates on military and terrorism related topics.

Colin Maclachlan was involved in some of the most successful and high profile operations in the SAS’s recent history. More recently, he has been involved in the highly acclaimed Channel 4 series SAS: WHO DARES WINS and has appeared on several TV and Radio shows as well as writing many pieces for national newspapers.

Colin has also been undertaking motion capture work and consultancy for video games such as Rockstar Games and is credited on Grand Theft Auto III, IV, and V, Red Dead Redemption and LA Noire.

He is involved in a number of charities including being a Patron for the Lee Rigby Foundation, Ambassador for the Pilgrims Charity, Help for Heroes and many more.

In his highly motivational corporate presentations, Colin Maclachlan draws upon his years of military experience and the many parallels that can be drawn between the qualities and attributes needed to succeed in the SAS — the world’s toughest elite fighting squad — and becoming a successful leader in business.

A strong mental attitude is probably the key core attribute. Followed by being a good soldier, teamwork, physical and mental robustness are critical. Other things may help but need careful management are a sense of humour and even self-assuredness.

The SAS looks for every man (and now woman) to be as strong a team member as they are a leader.

Colin was great, he hit the spot in terms of content and related his experiences to our business. The guys loved him and all the woman loved him even more! So a big hit.

Thanks for all of your help arranging for Colin Maclachlan to speak to our team yesterday. Colin was excellent and I’ve had extremely positive feedback.

We have had some great feedback on Colin’s speech. Words and phrases like ‘humble’, ‘putting into perspective’, ‘very dry and funny’, ‘excellent, engaging speaker’. It’ll be hard to top next year!

We had Colin Maclachlan as a guest speaker at RAF Cosford. This was a very eagerly anticipated talk with over 125 personnel attending and it went down a storm. As well as being an engaging and humorous speaker, he had the audience hanging on his every word as he spoke very openly about his tough upbringing and early career in the Army before moving on to complete selection for the SAS. Not just focussing on the impressive military skills he possesses he also used his talk to show how resilience, mental health and determination is an integral part of a Special Forces Operative. He spoke for well over an hour and then fielded the many questions that the audience had.

Colin Maclachlan was an amazing speaker and his insights really flowed well with the conversation focus of the discussion. Thank you so much for all your help!

Many thanks for sorting Colin for this morning. He was fantastic and all the staff have been raving about him all day. Please pass on our thanks to him, he was brilliant!

Clients often ask about purchasing books for giveaways and delegate packs. Below you’ll find a selection of products by Colin Maclachlan. Click the images to view on Amazon's website. For bulk orders, please speak with your Booking Agent.

How to book Colin Maclachlan for your event