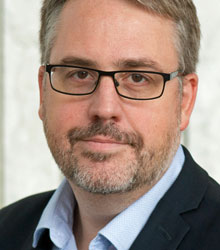 Tim Shipman has been a national newspaper journalist for sixteen years and has more than a decade of experience reporting on British and American politics and international relations.

Tim’s experience is diverse and has seen him co-ordinate a wide range of news, from the war in Kosovo to Bill Clinton's impeachment, as well as writing extensively on security issues. He was the main anchorman for the Express’s coverage of the Iraq War, reporting from the US Central Command in Doha.
During his office as parliamentary press gallery chairman Tim Shipman honed his public speaking skills and was lauded for securing both David Cameron and Tony Blair to address the gallery in the same month.

Tim has covered four British General Elections and three American elections from the US. Well known in the Westminster political mix, he is a trusted confidant of politicians from all political parties. Renowned for his humour, as a speaker Tim is both insightful and entertaining.

Tim Shipman has written for The Spectator and Total Politics and has a growing following as a witty and sometimes irascible observer of the political scene on Twitter.

Tim Shipman is an excellent host, chair and moderator as well as an authoritative speaker on politics, either about a specific issue or in general. His popular speaking topics include:

How to book Tim Shipman for your event