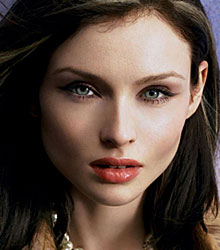 The daughter of a former Blue Peter presenter and a television director, Sophie Ellis-Bextor had always been destined for fame. As the front of Brit-Pop darlings The Audience, she gained critical acclaim and credibility within the music industry.

Following the split of The Audience, Sophie launched a hugely successful solo career with the chart-topping dance track If This Ain't Love. The song turned Sophie into one of the decade's iconic figures. With a solo career that continues to go from strength to strength, Sophie's trademark aloof-sassy-disco demeanour has won her millions of fans across the world.

Hit singles include 2001's summer hit, 'Take Me Home', 'Murder on The Dancefloor' becoming 2002's most played song on European radio, 'Get Over You', was another Top 5 hit six months later, and by the end of the year, 'Music Gets The Best of Me' became Sophie's fourth hit single.

Clients often ask about purchasing books for giveaways and delegate packs. Below you’ll find a selection of products by Sophie Ellis-Bextor. Click the images to view on Amazon's website. For bulk orders, please speak with your Booking Agent.

How to book Sophie Ellis-Bextor for your event