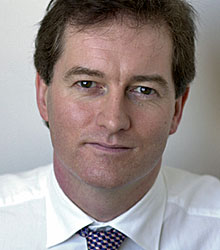 Roger Flynn is an accomplished businessman whose experience is unique, having worked at a Director and CEO level in several global companies across multiple industries at times of rapid change.

He has run businesses with turnovers between £400m and £2bn, with millions of customers and thousands of staff.

He was for 7 years until May 2018 Chairman of and an investor in loveholidays.com, the UK’s fastest growing online travel agency which disrupted the UK travel industry and in six years grew from launch in January 2012 to over £400m in revenues. It is now the sixth largest travel agency in the UK and the UK’s 2nd fastest growing company in the Sunday Times Fasttrack 100 in 2016. The business was successfully sold in May 2018 for £190m.

Flynn is also the Chairman of Luxtripper, a UK travel agency providing experiential, multi-destination and adventure travel through personalised itinerary planning to some of the most exotic destinations in the world.

Roger started his career at Virgin working directly for Sir Richard Branson on deals and new business ideas. He then became Commercial Director of Virgin Communications, the media arm of Virgin Group, working on the launch of Virgin Radio, the development of its’ global post-production business and the rapid growth and sale of Virgin Interactive Entertainment.

Roger was General Manager World Sales & Distribution at British Airways where he transformed the £1.2 billion distribution system for BA and subsequently the industry, launched electronic ticketing and created ba.com with a simultaneous launch in 72 countries across the world.

Roger was Managing Director of Prudential Retail, the retail distribution arm of Prudential Plc, with £2 billion in revenue and 6 million customers. Joining immediately after the pensions mis-selling scandal, he drove a major business transformation including the launch of new products, new distribution channels, a £200m CRM programme and an innovative new sales process. As part of this transformation he led an exhilarating and exhausting culture change for the 6,500 staff.

Roger was Chief Executive of BBC Ventures Group, the commercial B2B arm of the BBC with 4,500 staff providing media services to the BBC and broadcast/IT customers around the world. Roger’s transformation and subsequent sale of these businesses created over £1 billion of value for the BBC. Roger was also on the Main Board of the BBC and an integral part of the BBC-wide transformational change programme.

Following a successful MBO with Warburg Pincus, Roger Flynn ran SDI Media Group, a global film and television business with operations in 32 countries where he accelerated the growth of the business and completed four acquisitions before the sale of the business for $250m

Roger Flynn is passionate about transforming organisations, markets and business models and has the leadership qualities and extensive experience required to deliver the vision. He has driven transformational change in highly recognised global businesses and invests in media and travel businesses that have the potential to disrupt their markets.

When giving a keynote speech, Roger can bring a fascinating insight and perspective to the challenges of developing and running global businesses and his talks can be focused on topics such as Transformational Change, Disruption, Corporate Turnaround, Business Strategy, Corporate Culture, Customer Experience and Leadership.

Roger likes his talks to be entertaining as well as insightful and can compare and contrast between the companies he has worked for. His talks are always tailored to the client and brought to life through stories and practical experiences.

Thank you so much for all your efforts to make the conference such a resounding success. The 850 delegates were really impressed with both the substance and significance of your presentation and achievements. Thank you for a terrific job.

Many of the delegates commented on how inspiring and thought provoking they found your speech.

I would just like to thank you again for joining us on Tuesday night. I have had some great feedback and your speech has certainly made an impact on quite a few of our guests; including myself. One of our members has come up to me after and mentioned that he is currently undergoing a re-structuring process and you have given him some great ideas. This to me is a prefect outcome. Not just an entertaining speech but one that is relevant to the audience too.

Thank you so much for the outstanding job you did for us in setting our annual meeting off in the right direction. It was a critical meeting for us to get all delegates on board and pulling in the same direction. Your insights and stories really helped people connect the challenges they face on a day-to-day basis to the world outside Oxford Instruments and really captured the imagination of the delegates. The team were galvanised by your session into challenging themselves to think differently and we made huge progress in the remainder of the meeting to hone in on the things we all committed to do differently to take our Company to the next level.

A triumph. Roger Flynn presented at our Annual Leadership Event and the feedback from our guests has been incredible. Because he has actually been there and done it, he makes a convincing and entertaining speaker. His content is compelling and he presents in an elegant, thought-provoking way, with great humour. Our guests were seasoned business leaders and they found his talk both insightful and inspiring.

How to book Roger Flynn for your event