The most successful driver in British Touring Car Championship history 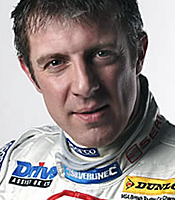 Jason Plato started out managing a shoe shop and selling vacuum cleaners door-to-door. Today, he lives in a stunning six bedroom converted barn in rural Oxfordshire, holidays in St Barts, has a beautiful wife, Sophie, and gorgeous daughter, Alena. So what happened in between?

Jason's father worked in the motor trade and accepted a racing kart as a bad debt. An 11 year old Jason drove the crotchety old kart around the petrol pumps on Sundays when the garage was closed, learning about car control on the greasy surface of petrol and diesel spills. His natural talent was obvious and a career in single seaters swiftly followed. In 1997 Jason was in the running for a lucrative drive in Frank Williams' Renault Touring Car, but the team was looking for a household name and Plato wasn't it.

"I woke up full of rage and drove down to see Frank," recalls Jason. "I arrived at nine o'clock, walked in with a suitcase – it was completely empty but I thought it looked good – and Frank's PA said I couldn't just come in off the street and demand to see one of the most influential people in motorsport. Some 3 hours later, when Frank's car arrived I begged him for five minutes of his time - fair play, exactly five minutes is what I got! Two days after our meeting Frank called to invite me to a test at Snetterton. I was fastest, bagged the job, and haven't looked back since."

Jason joined SEAT Sport UK in 2003 as driver mentor and presenter, alongside Nell McAndrew, in the Racing Rivals TV series. He was also instrumental in planning SEAT's entry into the British Touring Car Championship, which took place in 2004.

Since then, Jason has guided SEAT to the BTCC Manufacturers' Championship title in 2006 and Teams' title in 2007 and finished runner-up in the Drivers' Championship in 2006 and '07. He made history when he gave a diesel-engined car, the Leon TDI, the first race win in the 50 year history of the BTCC in 2008, scored over 2,000 BTCC career points and with over 40 BTCC race victories to his name, Jason is the second highest race winning BTCC driver of all time. He was the only driver to score points in all 30 races in 2007 and won the British Racing Drivers' Club Silver Star award for a record third time.

Clients often ask about purchasing books for giveaways and delegate packs. Below you’ll find a selection of products by Jason Plato. Click the images to view on Amazon's website. For bulk orders, please speak with your Booking Agent.

How to book Jason Plato for your event