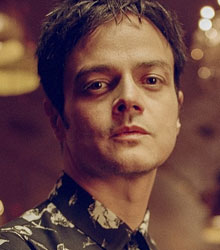 A dynamic and bold pianist, Jamie Cullum is best known as a singer and songwriter of jazz music but his talents stretch to music of all genres. Having covered music by artists such as Jay Z, Radiohead, Pussycat Dolls and Elton John, it is quite clear that Jamie's a true crossover artist.

His debut album, Jamie Cullum Trio - Heard it All Before, released in 1999 has become something of a rarity to find today as only 500 copies were originally made, leading to one copy being sold on Ebay for as much as £600. However, it was not until he released Pointless Nostalgic in 2002 that he really made his mark within the music industry and this lead to a bidding war between record labels Sony and Universal. In 2003, Jamie signed with Universal and released his No.1 platinum album Twentysomething.

At the 2004 BRIT Awards, Jamie was nominated in the British Breakthrough Act category. The following year he was nominated for Best Male Artist and Best Live Act at the BRIT Awards and went on to win Artist Of The Year at the BBC Jazz Awards.

Jamie released his next album, Catching Tales, in 2005 which reached No.4 in the UK and followed this with a world tour.

Jamie is well known for his unique entertainment style and charisma, rarely sticking to a set list at concerts and improvising what he plays on the piano for audiences.

Clients often ask about purchasing books for giveaways and delegate packs. Below you’ll find a selection of products by Jamie Cullum. Click the images to view on Amazon's website. For bulk orders, please speak with your Booking Agent.

How to book Jamie Cullum for your event