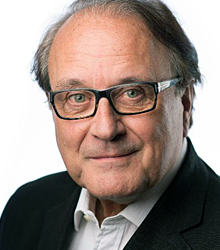 James Bellini describes himself as 'a historian of the future' with a close interest in key strategic challenges facing current and future business up to Horizon 2025. He is a regular choice as both a business speaker and conference moderator at major events around the world. For many years he has been active as a consultant to business and government in reputation management.

He focuses on such issues as the emerging balance of world economic power, the social impact of new technologies and the wireless world, new business 'eco-systems', the shape, style and psychological characteristics of tomorrow's company, the future workplace and the demographic revolution and its radical impact on future consumer markets. He has published a number of books and special reports on political, social and economic trends and future challenges for senior managers.

After a Masters in law and history from Cambridge, a PhD from the London School of Economics and a spell as university teacher he was the first British member of the renowned US-headquartered futurology 'think-tank', the Hudson Institute, founded by Dr Herman Kahn. He subsequently consulted for the London-based Henley Centre for Forecasting and The Economist Intelligence Unit. For more than 25 years James has been a regular television broadcaster with BBC, ITV, Financial Times Television and Sky News; his TV credits include studio presenter of The Money Programme, Newsnight and Panorama and many award-winning documentaries.

James is a member of the British Academy of Film and Television Arts. For four years he served on the European Advisory Board of the Global Future Forum. In January 2007 he was admitted as a Fellow of the World Innovation Foundation, founded by Nobel Laureate Glenn Theodore Seaborg.

How to book Dr James Bellini for your event