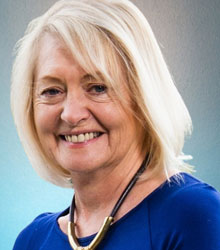 A multi cultural expert, Carol has designed coaching and leadership programmes all over the world for organisations including IKEA, Philip Morris, the BBC, Hilti and NCR, and manages our team of multi-lingual trainers. She has won and been nominated for several awards for coaching and writing; she authored “Performance Coaching, A Complete Guide to Best Practice Coaching and Training” featuring Forewords by Sir John Whitmore and Sir Richard Branson; she has contributed to 6 books and published over 50 articles.

Carol experienced the value of a coaching culture at first hand during a decade working at board level with Sir Richard Branson at Virgin. Later she held board level positions with Island Records, Warner Brothers and Polygram. During this time she signed and developed many famous artists including Sting, The Buzzcocks, Orchestral Manoeuvres in the Dark and Martha and the Muffins.Since entering the coaching field in 2000 she has studied with thought leaders including Nancy Kline and Tim Gallwey, and collaborated with Sir John Whitmore David Grove.

Carol Wilson gave an inspiring and incredibly useful talk at the IBWG meeting in Dubai. All I can say is that her coaching sessions must be fantastic as I walked out of yesterday’s lunch believing I could conquer the world!

Carol Wilson’s presentation was well structured and informative. She managed to fit a lot of information into her time slot and delegates found some of the content thought provoking. Her wealth of experience came across in her presentation and her delivery was professional.

The feedback forms received showed a 100% response that was either Excellent or Good. Overall, a thoroughly good evening that proved to be professionally rewarding

Clients often ask about purchasing books for giveaways and delegate packs. Below you’ll find a selection of products by Carol Wilson. Click the images to view on Amazon's website. For bulk orders, please speak with your Booking Agent.

How to book Carol Wilson for your event