Released in the UK, USA and Canada, Close is an adrenaline-pumping action thriller written and directed by Vicky Jewson (Born of War), and inspired by the life of the world's top female bodyguard, Jacquie Davis. The film stars Noomi Rapace as Sam, a counter-terrorist expert who's more accustomed to war zones, but reluctantly takes on the job of protecting Zoe (Sophie Nélisse), a young and rich heiress — a babysitting job for her. However, a violent kidnapping attempt forces the two to go on the run. Now they've got to take some lives — or lose theirs. 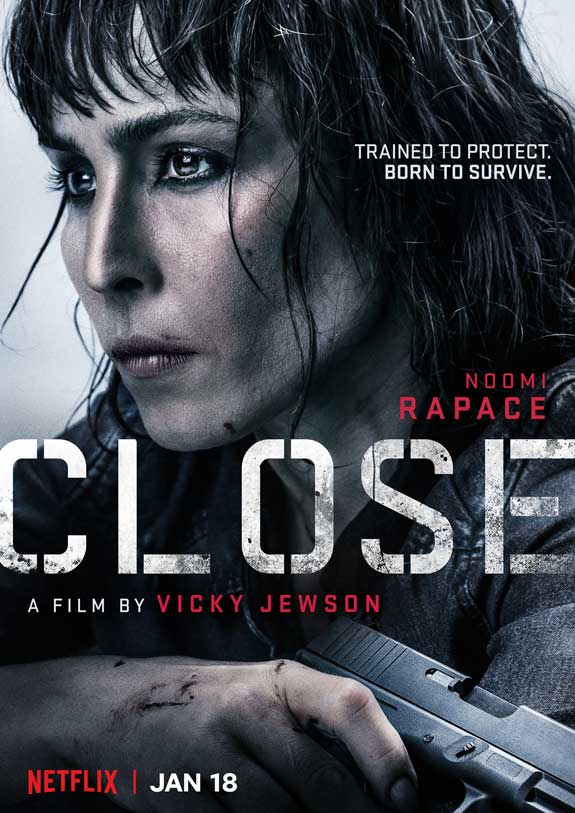 Writer and director Vicky Jewson created Close in order to bring more authentic female characters to the action genre. She wanted to create a film where the character drove the action; a complex woman based on an actual person. Vicky looked for women in the real world who held dangerous jobs, which demanded a very particular skill set, and arranged a meeting with Jacquie Davis, the UK's leading female bodyguard.

With over 2000 bodyguards operating in Britain, only 5 are women. Jacquie's life story encompassed much more than safeguarding a VIP client; she has performed child rescue, and has even moved a client covertly around Europe while 25 Russian assassins were trying to hunt and kill them.

Meeting Jacquie gave Vicky Jewson a momentary insight into the type of person who was able to live that life. Jacquie's real struggle is in having a normal balanced life amid the bullet-dodging and rescue missions. Jewson wanted to explore the emotional toll. When a person is constantly dealing with the dark underbelly of society; kidnapping, murder, torture, constant life-threatening events, how does it affect them? Jacquie views life through a totally different filter.

La Femme Nikita, Thelma and Louise and True Romance were all huge influences of Jewson, and she felt the world of Jacquie Davis would give her the opportunity to tell the story of a strong female character, similar to these other remarkable characters who inspired her. 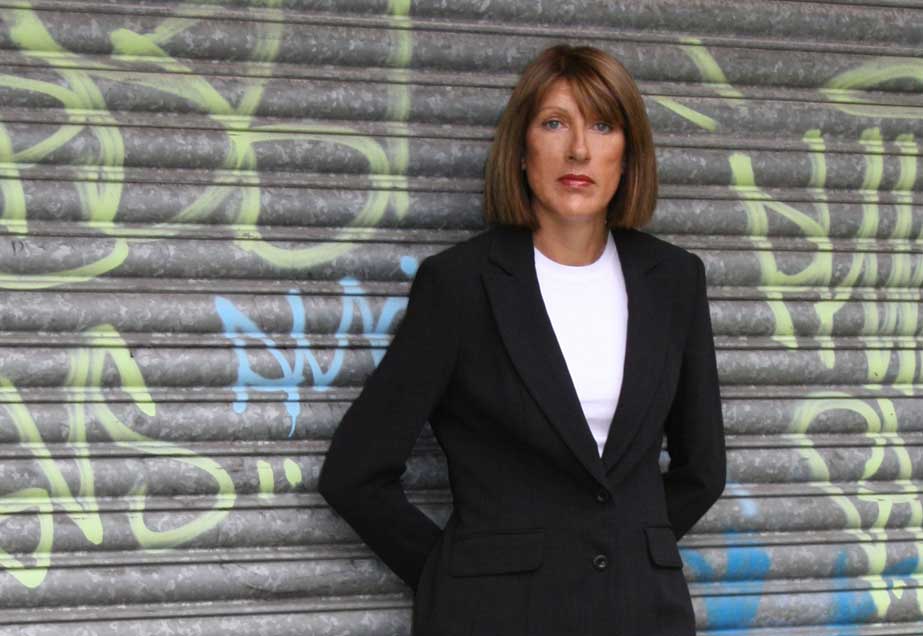 For over thirty years Jacquie Davis has survived as one of the top operators in a male-dominated profession — the secretive and often dangerous world of being a bodyguard — or to give it its proper name, a close protection officer.

Having protected a plethora of household name A-list celebrities over the years, Jacquie also spent four years as JK Rowling's personal bodyguard, and is now sought-after to protect Middle Eastern royalty and high target business executives. Once seen as the preserve of royalty and celebrities, close protection officers are now in high demand for an increasing range of clients; the growth in the number of high net worth individuals over the last 25 years fuelling that demand.

When not jet-setting around the world protecting lives, Jacquie Davis gives keynote and motivational speeches at conferences and seminars, where she delivers thought-provoking and enlightening presentations that draw the parallels between the everyday corporate environment and the somewhat more niche world of close protection operatives. To find out more about Jacquie, watch our exclusive interview, view her speaker profile or visit her personal website at jacquiedavis.com.