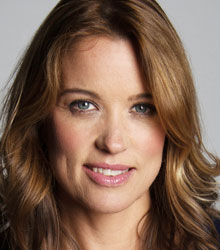 Since qualifying in the 1990s in Nutritional Therapy, Iridology and Complex Remedy Homeopathy, Amanda Hamilton has established successful practices in both Scotland and England. She is one of the leading Nutritionists and Detox experts in the UK.

Her no nonsense approach to health and well-being has made her a media favourite and she has become well known TV face, probably best-known for co-presenting BBC's Something For The Weekend.

She regularly hosts workshops and lectures, both in the corporate field for companies such as BT and small-scale education workshops for private audiences or sports people. Communicating on nutrition is the prime mover in her career which has seen media exposure in both print and broadcast with nutrition-related columns published in specialist magazines and TV and radio work including ITV's This Morning and BBC Radio: Expert of the Hour. She also presented and co-produced the hugely successful The Spa of Embarrassing Illnesses.

Passionate and compassionate is a good way to sum up Amanda. She is feisty about life and living it to the full. A very lively, warm and energetic personality, she is able to bring out the best in other people in a whole manner of interview situations. However, it is her ability to translate the academic world of nutrition into real life - and most of all, make it enjoyable - that sets her apart from her peers.

Clients often ask about purchasing books for giveaways and delegate packs. Below you’ll find a selection of products by Amanda Hamilton. Click the images to view on Amazon's website. For bulk orders, please speak with your Booking Agent.

How to book Amanda Hamilton for your event