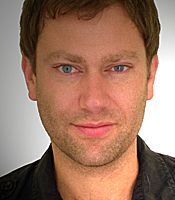 Steve Gaisford is a former British news presenter having worked for Sky, BBC and ITV News.

His on-screen career began when he became Five's first weekend sports presenter before moving on to work for GMTV and ITV's London Tonight programme.

Steve worked for 9 years at Sky News, and is best known for anchoring the weekend Sky News Sunrise programme with Emma Crosby from October 2005 through to his departure from the channel in April 2007. He presented news and sports programmes for the Sky network initially appearing in 1998 on Sky Sports News.

Steve Gaisford has covered many breaking news stories including The Asian Tsunami, The Death of Pope John Paul II and The Madrid train bombings and from the world of sport including the live media circus that was David Beckham signing for Real Madrid.

Stephen now primarily works as a communications coach, training clients in presentation skills and media awareness. He uses his experience getting complex information across concisely to advise professionals on how to deliver meaningful messages on stage and in interviews.

Steve is available for conference facilitating, awards hosting and presenting.

How to book Steve Gaisford for your event