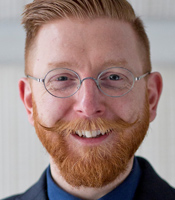 Book Paul A Young
add to shortlist
About

Paul Young is one of the UK's foremost chocolatiers and patissiers, a talented and passionate Chef who brings a flamboyance and excitement to the burgeoning British chocolate scene, and referred to as ‘chocolate's Heston Blumenthal'. His passion for his craft and his cutting edge creativity has led him being ranked amongst the world's best chocolatiers and awarded ‘Outstanding British Chocolatier' by the International Chocolate Awards.

Paul is on the board of the Academy of Chocolate and has won many Gold, Silver and Bronze Awards at the International Chocolate Awards and Gold Stars from the Guild of Fine Foods - Great Taste Awards. His famous sea salted caramel has been voted ‘the best in the world'.

He worked as Pastry Chef for many years for Marco Pierre White at The Criterion Brasserie, and then as Head Pastry Chef at Quo Vadis, Soho. Paul then went on to create his wonderful chocolates for private clients and to consult for Charbonnel et Walker, Pierre Marcolini and Rococo. He worked with Marks and Spencer and Sainsbury's to develop some of today's best selling products, with two nominations for The Award of Excellence for his development work.

Paul gives regular demonstrations at national shows, such as The Ideal Home Show, the Cake and Bake Show, Taste of London/Taste of Winter, BBC Good Food Show, The Handmade Fair, Grand Designs, Spirit of Summer/Christmas, Jamie Oliver's Big Feastival and Salon du Chocolat. His popular chocolate making workshops are held in his chocolateries and he has taught at Leiths School of Food and Wine.

Paul opened his first unique real Chocolaterie - ‘Paul A Young Fine Chocolates' in Islington's Camden Passage in 2006 and that year won the award of “Best New Chocolate Shop” in the Academy of Chocolate Awards. His second Chocolaterie opened in the Royal Exchange in the heart of the City of London in 2007 his third and flagship store opened in the centre of Soho in Wardour Street in 2011 and his fourth in 2013 at Heal's flagship design store on Tottenham Court Road where you can also sit down and enjoy his creations in store.

Paul Young uses the finest ingredients and his extensive knowledge of food and to create his wonderful chocolates. Over the past few years Paul has won critical acclaim for his chocolates, developing combinations that are often daring but always perfectly balanced. He has even courted controversy for his innovative creations, none more so than for his Marmite truffles, which are hugely popular with his customers and one of his best selling products. He has even created the world's most expensive chocolate bars which are etched in Gold and infused with Frankincense and Myrrh.

Paul's book ‘Adventures in Chocolate' was published in 2009 and won the award for Best Chocolate Book in the World in the Gourmand World Cookbook Awards.

Drawing on his experience, Paul A Young will talk about the sacrifices he made to set up his business, his dedication to his craft and what inspires him.

Paul A Young is a charismatic and entertaining speaker with a passion and extensive knowledge of chocolate and the chocolate industry. Why do we love chocolate? Is it sustainable and are we going to run out of chocolate? He is a thoughtful and informative speaker with advice to share. You will find his enthusiasm irresistible.

How Paul became a Chocolatier – how to make the dream come true and how it is important to love what you do.
Why do we all love chocolate? - What are the health benefits?
Growing a business and building a brand.
Opening his first shop – followed by the second, third and fourth.
Making chocolate – flavour combinations
Running the business and managing a team – with the ups and downs, the thrill of industry recognition and the preferences of celebrity customers!
The chocolate industry - Fair Trade and sustainability.
How to train future chocolatiers
Fun facts and stories about chocolate

Thanks so much for hosting such a great session. We had some wonderful feedback from guests who experienced your chocolate and the Client was seriously blown away by your concoction.

Paul Young was magnificent – an absolute pleasure to work with. The evening was fantastic and everyone was thrilled with his tastings, chat, and demonstrations. So big thanks to Paul for his all-embracing participation.

The Billington's Triple Sweet Truffle Paul developed for Billington's is simply stunning and showcases our unrefined sugars perfectly. His demonstrations are NEVER to be missed, his chocolate, ingredients and flavour knowledge is outstanding and his passion for what he does shines through and captures your heart. He takes the fine art of being a chocolatier to a completely new level - there's nothing about chocolate that this man doesn't know.

Paul Young has made such a difference to our PR activities already and advocates like Paul really make a difference to the way consumers view California Prunes. Our Exec Director from California who came over for the bloggers event was so impressed with Paul that he has sent information out to all the California handlers and farmers about the event and is still waxing lyrical about Paul's passion and professionalism!

We are delighted to partner with Paul A Young for a Chocolate Inspired Afternoon Tea at Grosvenor House. The passion and energy that Paul has for his craft is infectious. We strive to deliver truly unique, culinary experiences and exceptional service to our guests and as Paul delivers the very same to his customers, he completely understands and supports our objectives. Our partnership with Paul A Young in three words would be valuable, seamless and enjoyable.

The Heston Blumenthal of the chocolate world.

Paul Young is a god! His chocolates are better than sex.

Paul a Young's chocolates are as near to genius as such things can be.

Clients often ask about purchasing books for giveaways and delegate packs. Below you’ll find a selection of products by Paul A Young. Click the images to view on Amazon's website. For bulk orders, please speak with your Booking Agent.

How to book Paul A Young for your event

Tags for Paul A Young