One of the UK's best loved actors (The Sins, Game On, Reggie Perrin, Silk) 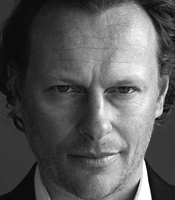 One of the UK's best loved actors, Neil Stuke has a prolific career starring in many TV favourites such as The Sins, Game On, Reggie Perrin and most recently BBC One's legal drama Silk.

Throughout his career, Neil's co-stars have included Gwyneth Paltrow, Penelope Cruz and Paul Bettany to name but a few.

Hugely respected for this work on stage as well as on screen, Neil cut his teeth in the mid 90's at The Royal Court, The Bush and The Hampstead. His West End credits include Mojo, Blue Orange and the hugely successful Boeing Boeing.

Narrowly missing out on 2010's Celebrity Masterchef title and as a self confessed foodie, Neil is part owner of Franklin's Farm Shop in Dulwich, selling seasonal fruit and veg fresh from farms in Kent, as well as award-winning cheeses and Barrington Park Estate eggs. And if that wasn't enough, he also has a small portfolio of properties that he renovates and redesigns.

Happily married with two young children, Neil is heavily involved in school events, auctions and activities. A hugely entertaining and charismatic man, with a wealth of stories from his life and career, Neil is a great after dinner speaker for any event.

How to book Neil Stuke for your event