One of the UK’s most popular television actors 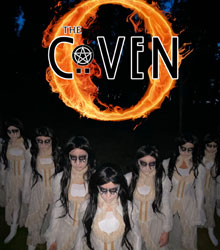 Neil Morrissey is one of the country's most popular television actors. Having also acted on stage and screen, Neil has become a well-known and well-loved personality.

Having graduated from the Guildhall School of Drama Neil went on to make his name in numerous TV programmes, ranging from Boon to Roll Over Beethoven, and Gentlemen and Players to My Summer with Des. Neil also took the part of Tony in the BBC now iconic sitcom, Men Behaving Badly. With seven series, it's clear the show and its characters became a part of television history, as viewers took them to their hearts.

Neil also trod the boards in the West End, with the stage version of Victoria Wood's Acorn Antiques. Acting alongside Julie Walters, Celia Imrie and Duncan Preston. Other West End dramas include Guys & Dolls, and a recent tour of Rain Man.

Neil Morrissey has also travelled Jordan on a camel followed by a TV crew, and lived to tell the tale. More recently Neil has been seen on BBC One in the popular drama series, Waterloo Road. The trials and tribulations of making his own beer were documented as he was followed in his endeavours in the TV series Men Brewing Badly.

One of the UK’s most popular television actors