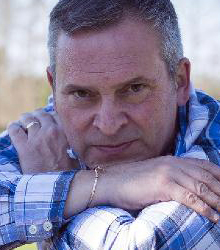 Mick Brown is a radio institution unto himself. With over 40 years experience in broadcasting, he has hosted the breakfast, lunchtime and drive-time shows during his time at Capital Radio, played all the big tunes from the 60s, 70s, 80's, 90's and present day, presented a regular soul show on Solar Radio as well as a sports show on Talk Sport and Time 106.6 FM.

Mick started his career back in 1974 as an advertising junior at Selfridges department store in London, and got promoted to a producer for their in-house radio throughout the store.

Four years later, in 1978, Mick Brown moved to Capital Radio where he joined as a copywriter and after two years he returned to production, working with some of the greatest DJs of all time including Alan Freeman, Kenny Everett and Chris Tarrant. Seven years later Mick turned his hand from producing to presenting, where he joined forces with Pat Sharp for the "Pat and Mick Show".

In addition to being a popular choice for radio, Mick Brown can also add a number of TV shows to his repertoire. He has presented a number of shows for Sky including being one of the original hosts of Soccer Sunday and You're On Sky Sports. Presented the first live interactive gaming quiz show on Sky, Games World as well as a groundbreaking 80s children's TV show, Video and Chips and was also one of the original presenters of ITV's first overnight music show Night Network.

Mick feels very privileged to have hosted a number of the worlds biggest music stars, having been the warm-up for the likes of the late Michael Jackson, Lionel Richie, Kool and The Gang, Bros, Tina Turner, Madness, UB40, Level 42, Spandau Ballet and Take That and his personal favourite hosting the first Aids Day concert with Princess Diana.

Mick Brown raised over £500,000 for charity when he was part of the legendary hit 80's duo Pat ‘n' Mick with fellow DJ Pat Sharp and together they had a string of top ten club hits including Let’s All Chant, Haven't Stopped Dancing Yet, Use It Up Wear It Out, Gimme Some and Hot Hot Hot.

Being an avid football fan, Mick was asked to record Millwall FC's FA Cup Final song “Oh Millwall” in 2004. He has more recently worked with some of the 80's biggest stars including Imagination, ABC, Heatwave, Nick Kershaw, ASWAD and Kool and The Gang at the recent Happy Days Festival.

Mick Brown has DJ'd at some of London and the UK's most iconic and leading venues, hosting a number of different nights including Club Classics, 70's and 80's nights and Freshers Weekends plus a variety of renowned music festivals.

He is an obvious go-to choice for a headline DJ spot of 70s, 80s and 90s nostalgia mixed in with all your up-to-date current chart hits. Mick is also a popular awards host and presenter for live events, from music festivals to large scale corporate events.

How to book Mick Brown for your event