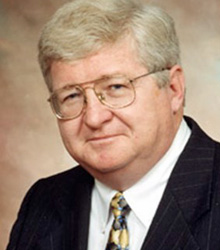 It is possible that John Loftus may know more intelligence secrets than anyone alive. As a Justice Department prosecutor, Loftus once held some of the highest security clearances in the world, with special access to NATO Cosmic, CIA codeword, and Top Secret Nuclear files.

As a private attorney, he works without charge to help hundreds of intelligence agents obtain lawful permission to declassify and publish the hidden secrets of our times. He is the author of four history books, three of which have been made into films, two were international best sellers, and one was nominated for the Pulitzer Prize.

As a young US Army officer, John Loftus helped train Israelis on a covert operation that turned the tide of battle in the 1973 Yom Kippur War. During the Carter and Reagan Administrations, he investigated CIA cases and Nazi War Criminals for the Attorney General of the United States. In 1982, his 60 Minutes expose of Nazis on the US government payroll won the Emmy Award for outstanding investigative journalism.

Born in Boston, Massachusetts, John Loftus now lives in St. Petersburg, Florida, where he volunteers as the first Irish Catholic President of the Florida Holocaust Museum, the fifth largest in the world. Their goal is to end racism in our children's lifetime. After recovering from colon cancer, he completed his fifth book, a look at the Middle East through the life of Jonathan Pollard. Before his illness, he had been rated among the funniest and most inspiring speakers on the international and college lecture circuits. Now he's back with a totally different lecture that could not be more timely.

The Truth About Terrorism: an all-new lecture from Attorney John Loftus
This charming Boston Irishman can reveal the most chilling secrets of terrorism, but leave an audience laughing and inspired at the end.

John Loftus has an encyclopaedic knowledge of the Top Secret history of terrorism including current Islamic attempts to obtain atomic, biologic, and chemical weapons. His book, Prophets of Terror: Jonathan Pollard and Peace in the Middle East tells how negligent politicians ignored intelligence warnings that a wave of Arab warfare was heading to America.

Surprisingly, John Loftus says that the worst attacks are almost over, and that terror weapons such as Anthrax really do not work well in the real world. His talk is humorously subtitled "Terrorism for Morons". He believes that we may be witnessing the death throes of the fundamentalist terror states, and the birth of a renaissance of modernity in the Middle East. His inspiring and insightful explanations bring comfort and clarity to all.

Clients often ask about purchasing books for giveaways and delegate packs. Below you’ll find a selection of products by John Loftus. Click the images to view on Amazon's website. For bulk orders, please speak with your Booking Agent.

How to book John Loftus for your event