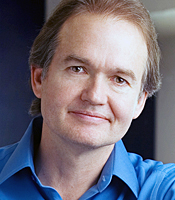 John Gray is a Certified Family Therapist, Consulting Editor of the Family Journal and a member of the Distinguished Advisory Board of the International Association of Marriage and Family Counselors. He received his doctorate in Psychology and Human Sexuality from Columbia Pacific University in 1982.

John Gray's unique focus is helping men and women to understand, respect and appreciate their differences. During the last two decades, he has conducted public and private seminars for thousands of participants.

John entertains and inspires audiences with his practical insights and easy-to-use communication techniques that can be immediately applied to enrich relationships.

Clients often ask about purchasing books for giveaways and delegate packs. Below you’ll find a selection of products by John Gray Ph.D. Click the images to view on Amazon's website. For bulk orders, please speak with your Booking Agent.