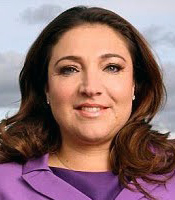 Jo Frost is the presenter and star of Channel 4's "Supernanny", and says that children have been a big part of her life from the beginning. She's always had a gift for connecting with kids on their own level, and began baby sitting as a teenager. After college she embarked on nannying as a career, and over 15 years she has honed her successful methods of child-rearing with hands-on, real-life experience.

Jo frost has managed all manner of child-rearing challenges -- from potty training and sibling rivalry to sleep issues and tantrums -- over her years working in temporary, long-term and trouble-shooting jobs.

The first ever three episodes aired in the summer of 2004 to widespread popularity and acclaim, and made "Naughty Step" a national catch phrase. Jo even got a speak in the House of Commons on a discussion about preventing the causes of anti-social behaviour.

Supernanny has been a hit not only in the UK but around the world including the USA where she spends much of her time filming the US version.

When not abroad or filming, Jo Frost is a popular conference and after-dinner speaker, talking on child related and behavioural issues. Jo Frost is also available as a host / presenter for corporate award ceremonies.

Clients often ask about purchasing books for giveaways and delegate packs. Below you’ll find a selection of products by Jo Frost. Click the images to view on Amazon's website. For bulk orders, please speak with your Booking Agent.

How to book Jo Frost for your event