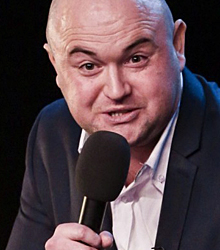 Danny Posthill has been making people laugh since the tender age of 16, after being talked into doing impressions at a school talent show in his hometown of Hartlepool.

Since discovering his passion for comedy Danny has never looked back. His versatile act caters for all walks of life with unbeatable stand up and a string of impressions such as Jimmy Carr, Billy Connolly, Lee Evans plus many more to guarantee a night of laughter you will never forget.

Despite his young age Danny has performed all over the world, working around the Mediterranean and South America plus summer seasons for Qdos Productions, flybacks for Thomson Holidays and numerous cabaret dates for Haven, Warners, Pontins and many of the independent holiday venues. Danny is also making a big name for himself on the Comedy Club Circuit and has supported Tim Vine, Gary Delaney and Bob Mills on tour.

In 2015 Danny Posthill appeared on the hit ITV show Britain's Got Talent.